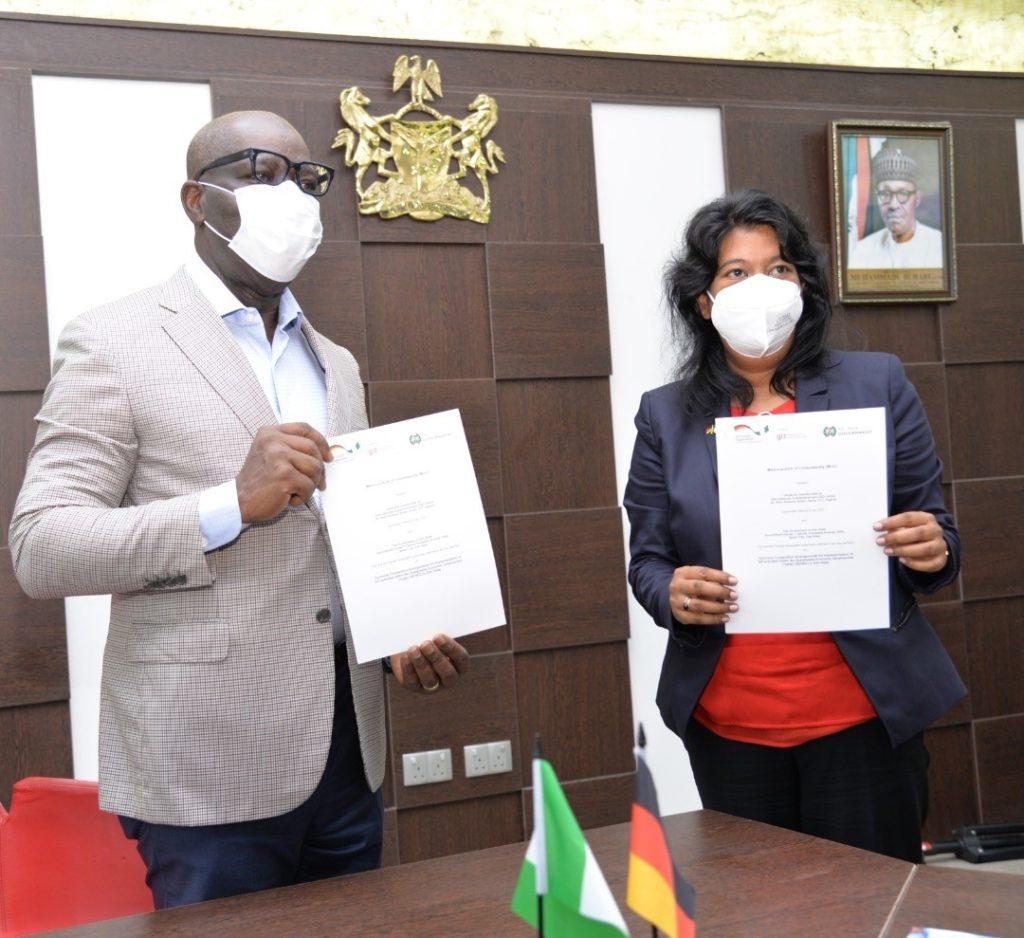 In the bid to reduce the unemployment rate amongst youths in Edo State, GIZ Nigeria’s Sustainable Economic Development Cluster (SEDEC) signed a Memorandum of Understanding (MoU) with the Edo State Government on Thursday, the 11th of February 2021, in Benin City, Nigeria. The MoU which would be implemented through a viable skills development programme is focused on human capital development in the state.

GIZ’s Country Director, Ina Hommers, during her opening remarks at the ceremony, gave an overview of the developmental programmes of GIZ Nigeria in the state. These include the programmes Pro-poor Growth and Promotion of Employment in Nigeria – SEDIN, Skills Development for Youth Employment – SKYE, the Programme Migration for Development (PME), and the Programme Migration & Diaspora (PMD). She highlighted some of the activities of these programmes under the SEDEC Cluster in Edo State. According to Hommers, “PME kickstarted activities in the state in 2018 closely followed by SKYE’s engagement with the Edo State Skills Development Agency (EdoJobs) and subsequently SEDIN, which started its activities in late 2020”.

She added that a Nigerian-German Centre was set up and commissioned in 2019 to support the facilitation of all the GIZ Nigeria programmes. She also reaffirmed the commitment of the group which has continued to run several programmes across several locations within the state even in the face of the outbreak of the Covid-19 Pandemic. According to her, “Today’s MoU signing clearly shows the commitment of the German government and GIZ as a development partner to the growth of key sectors at the state level”.  Concluding her remarks, Hommers expressed heartfelt appreciation and gratitude to the Government of Edo State for the good cooperation, commitment, and support for the developmental programmes of GIZ Nigeria.

In his response, the Edo State Governor, Mr Godwin Obaseki lauded the collaboration between his administration and the German Government stating that the question of cooperating with the German Government did not require hard thinking because, he had observed upon resuming office in 2017 that issues of irregular migration, human capacity development and unemployment were major challenges confronting the state, two of which the German Government was interested in ameliorating.

In his words, “It is significant to note that the journey started in 2017 when we came into office and realised that irregular migration was a pointer to the more fundamental human capacity challenges we are having. As a state, we are clear on what the issues are and know that the responsibility for changing our situation rests on us before we can expect help to come from others. We also realised that human capacity development and unemployment are big issues in the state.”

Regarding culture and tourism, the Governor expressed appreciation to GIZ for its projects and activities in the state, particularly the digitisation of all Ancient Benin works of art that are resident in museums all over the world. He also commended GIZ and the SEDEC Cluster for enhancing technical and vocational training through the provision of relevant support for Technical and Vocational Education in Technical Schools. He then voiced the commitment of the state to make judicious use of the resources made available by GIZ Nigeria. “We appreciate your efforts in supporting Technical and Vocational Education (TVET) in technical schools, and your efforts at enhancing technical and vocational training. We assure you that as partners, we will utilise the resources you have made available to us as we possibly can,” he said.

At the end of the MoU ceremony which took place at the Edo State Government House in Benin City, the SEDIN Edo State Coordinator, Blessing Ajimoti, presented the programme’s 2020 policy audit report to Governor Obaseki. The Governor, GIZ Nigeria country director, SEDEC Cluster Coordinator, and other notable representatives from the state government and GIZ proceeded to the launch ceremony of the new SEDEC building on Etete Road, Benin City. 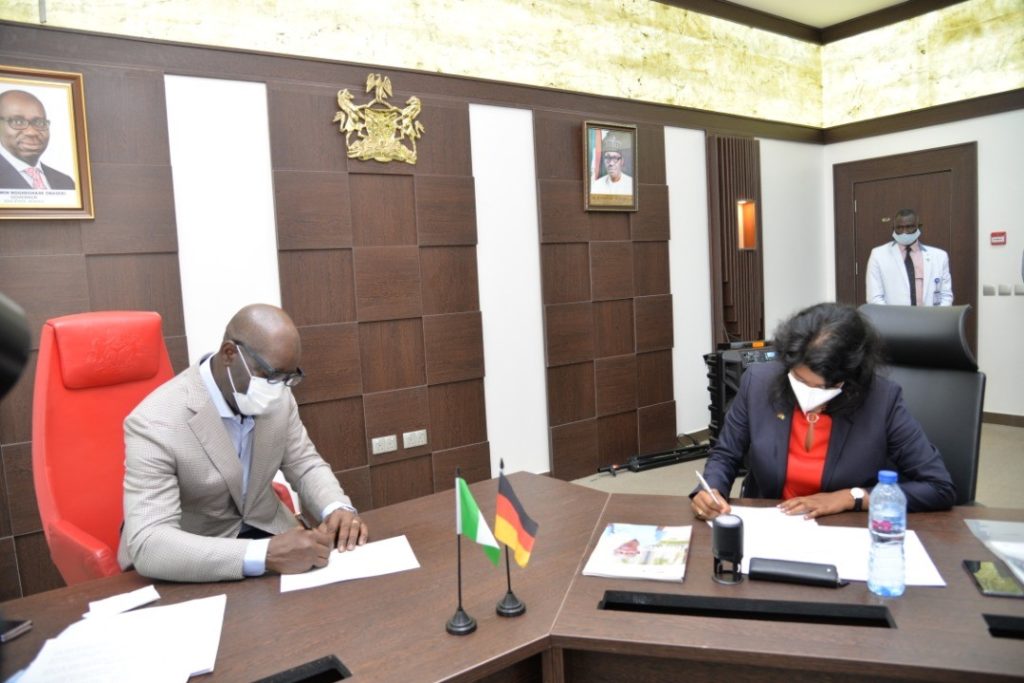 National Conference on Technical and Vocational Education and Training

Addressing the Challenges of Employment and Reintegration Post Covid-19